For me, there's not a club that represents more Bangkok nightlife than Insanity.

Insanity is one of these big clubs in Bangkok that you need to try at least once.

Doesn't matter if you end up there because they pay for your taxi ride, because the girl you met on Tinder is there or if it's because it's the only late night club that still open.

We all end up at Insanity at some point in the night for a reason or another. A few things you need to know before you go to Insanity :

There are so many things to say about Insanity Nightclub, I don't really know where to start.

It's one of the biggest clubs in Bangkok, with incredible light and sound system as well as (most of the time) really good DJs.

Even though the music is mostly Electronic, EDM and House, they do have Hip hop and other types of music on specific nights.

They also have really good entertainment with gorgeous dancers (Thais and Russians) and even aerial silk shows.

But Insanity is also well known for a bunch of other reasons :

After midnight on most nights but not after 2 am if you want a standing table.

VIP tables tend to be less frequently booked out so it doesn't matter what time you're going there if you plan to spend big.

But I would only recommend getting VIP tables if you come with company as it's away from the dance floor and where the action is.

Not the best spot for bachelors unless you plan to invite girls over.

Casual but no too casual.

Understand: "Put on some jeans, a t-shirt, and shoes to get in, we're not a beach club." What Type of Music They Play ?

But they have Hip Hop nights with Bangkok Invaders and big events with international DJs playing anything from Trance to Techno.

Insanity has been known for years to be where western guys go to meet Thai girls.

That's still true and you will still find a lot of freelancers there but since they've stepped up the quality of their entertainment and brought big International DJs you see more and more Thais and Asians tourists coming there for the music and the experience too.

Do They Serve Food ?

They do have a limited selection of snacks available including homemade fries that are absolutely delicious.

And if you're really hungry, they have a restaurant called V8 dinner right outside the club that is open 24/7. 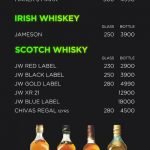 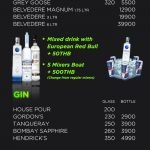 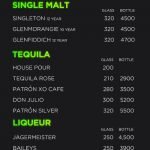 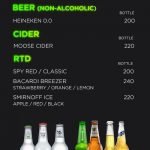 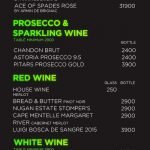 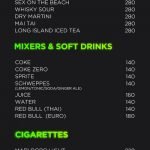 You can get free entrances if you buy a bottle.

So buy bottles. It's as simple as that.

And note that from Sunday to Thursday, before midnight, they have 50% on a selection of bottles.

Now for VIP tables at Insanity, I don't have the prices in mind so I'll check with them and update you soon. 😁 Bookings aren't necessary at Insanity unless you've got a large group.

As I said before, get there before 2 am to get a standing table.

For VIP tables, book in advance if you want but usually, there are always tables available.

If you need to make a booking, either call them or message them on Facebook to have a quick answer. You can jump into any taxi and tell them you go to Insanity in Soi 11.

The club will pay for the ride.

Or you can take the BTS to Nana station and walk to the end of Sukhumvit Soi 11 (it only takes 5 minutes). Check the rest of the blog to learn more about the top clubs in Bangkok and the best places to party in the city.

And if you've been to Insanity Nightclub in Bangkok, let me know what you think in the comments.

And as always, if you have any questions, feel free to ask in the comments below.